MORE ABOUT APREMONT > The Parc Floral 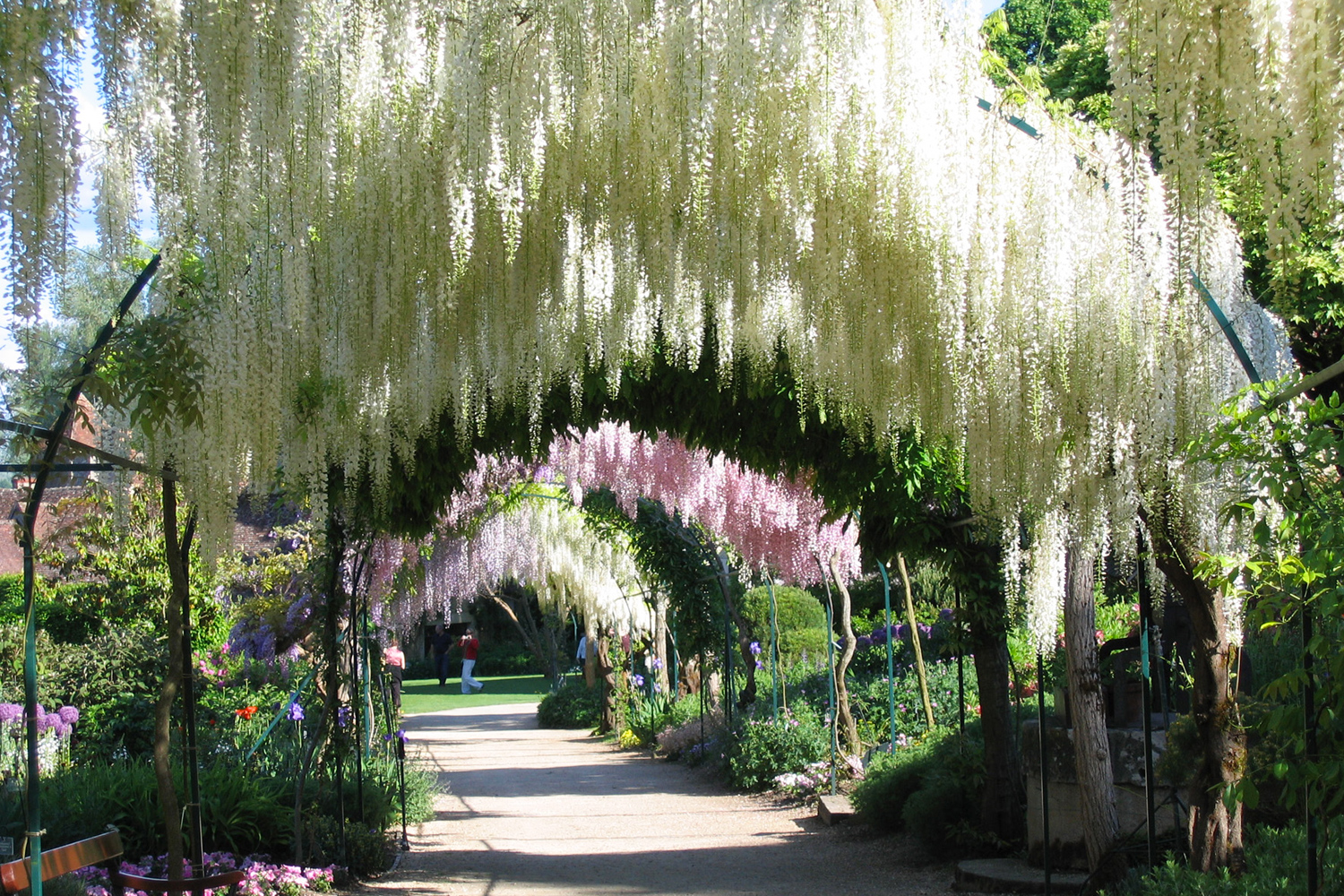 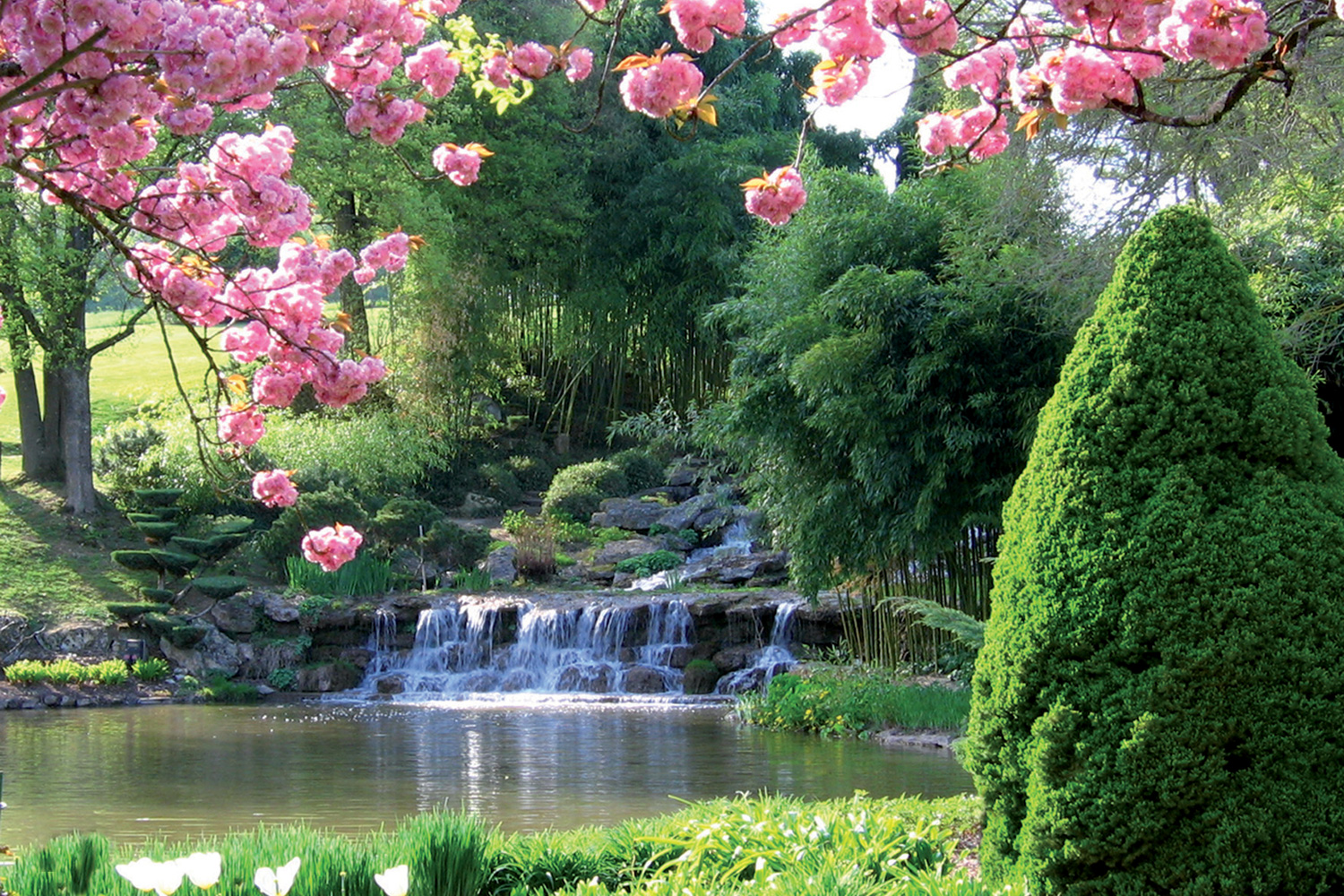 The Parc Floral opened in 1976. Major works had been undertaken, a valley dammed to enable the water to flow in a succession of ornamental pools; pastures turned into lawns, flowerbeds, mixed borders and rare trees planted. A waterfall made with 650 tons of rocks was built in an unused quarry.

Vita Sackville-West’s famous “white garden” in Sissinghurst (England) was the inspiration for a border of shrubs and perennials with white flowers and silver leaves, at the entrance of the garden. In spring, the long racemes of Chinese and Japanese wisteria form a scented archway leading to laburnums, clematis and pink acacias.

The enchanting garden is decorated with follies, in the fashion of the second half of the 18th century. They were designed by the Russian born painter and architect, Alexandre Sérébriakoff.

The Pagoda Bridge with its fish scale roof transports the visitor to China, the Turkish Pavilion and its decoration evoke the banks of the Bosphorus and the past splendors of the Ottoman Empire. The Russian inspired Belvedere, the last of these follies to be built, dominates the river and the village roofs. 8 panels showing the Commedia dell’arte Pulchinelli puppets travelling around the world decorate its walls. They were created by the Montagnon faience factory in Nevers and took more than 10 years to complete. 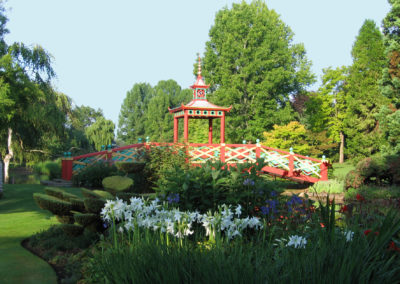 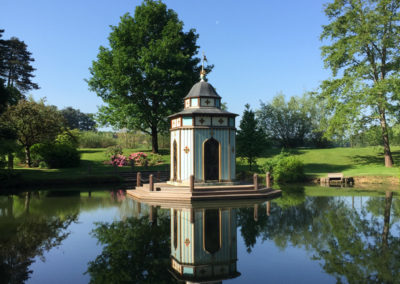 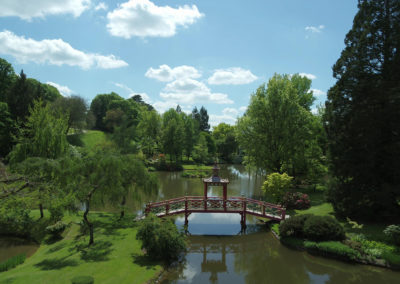 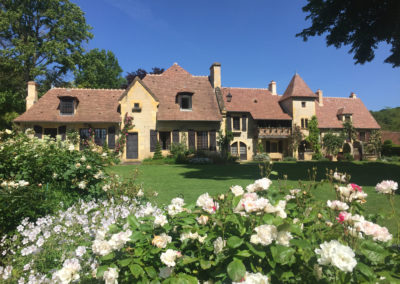 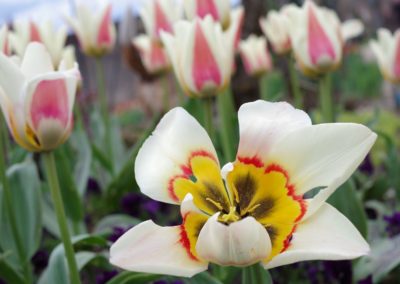 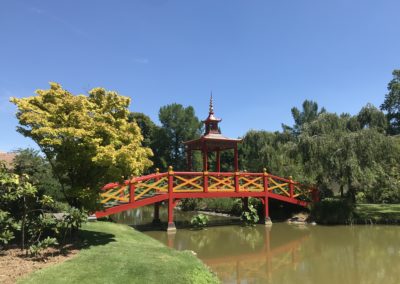 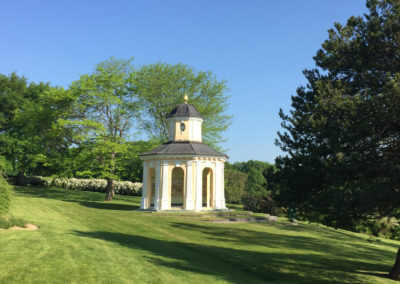 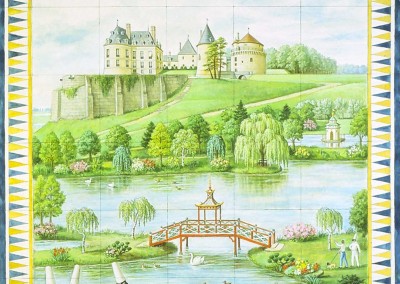